The Eastern Seaboard is getting clobbered by a combined late-season hurricane and blizzard, flooding large areas and knocking out electricity in even larger areas. As I write this, the New York City subways are flooded, there has been an explosion at a Con Edison power station, and a large parts of Rockaway are burning while firefighters, trapped by the floodwaters, are helpless to stop it.

Once-in-a-lifetime storms like this one have always existed. But the increasing frequency of massive storms, coming much much faster than only once a lifetime, is one of the results predicted by the standard model for catastrophic global warning. That doesn't mean that Hurricane Sandy (aka the Frankenstorm) is necessarily a result of climate change, the way the shrinking polar ice obviously is. But climate change models do predict that there would be many more storms like this, and the last ten years have certainly had a hell of a lot of fierce weather events. Of course, many people in the media denounce the very idea of climate change as "junk science"

The storm is knock out millions of people's electricity a week before a presidential election. This is largely because we have allowed our infrastructure to age and weaken, until our bridges and roads and power grids are too creaky and brittle for an emergency. The problems with this have been predicted for many years, but those who advocated public rebuilding of our national infrastructure were denounced as spendthrifts, wasting the public's money and "holding back" the entrepreneurial economy.

The election itself is on a knife's edge, largely because the economy is in the doldrums, despite the half-sized stimulus package President Obama passed at the beginning of his term. Some economists, most famously Paul Krugman, predicted at the time that such an undersized stimulus (less than half the size of the demand that the American economy had lost in the downturn) would fail to spur sufficient growth, make future stimulus packages politically impossible (because the first would "prove" that stimulus spending "doesn't work"), and lead the President into an uphill slog of an election campaign in a depressed economy. All of those things have happened. But for saying so in advance, Krugman was widely called unreasonable, partisan, and shrill. He continues to be called those things.

This week, as the election remains close and different approaches to reading polls yield different indications about which candidate is more likely to win, a wide range of media voices ranging from professional conservatives at the National Review to self-described centrists like David Brooks and Politico launched on attack on the poll analyst Nate Silver of 538.com for the high crime and misdemeanor of favoring state-by-state polling data over the headline numbers from national tracking polls. What apparently provoked this pack-mentality assault was that Silver did not endorse the idea that Mitt Romeny was continuing to surge in the polls after, well, after Romney ceased gaining in the polls.  Eventually, some of Silver's attackers (some of whom had gotten very personal indeed) realized that nearly every poll-averaging outfit was producing results much like Silver's; this led some of them (such as noted statistical genius Jennifer Rubin) to denounce poll averaging itself.

There's some grim humor in the attack on Silver, such as his critics' displays of colossal mathematical illiteracy (some of his attackers cannot distinguish between predicting that Barack Obama has 70% chance of winning the election and predicting that Obama will win the election in a 70-30 blowout), and their even more colossal displays of hypocrisy (various pundits who have been horribly mistaken over and over, without an ounce of chagrin, have pompously declared that if Silver is wrong about the upcoming election he will be permanently disgraced. Disgraced, I say! Just like Joe Scarborough was that time that he was wrong about every single thing that happened in the Bush Administration.) But there's something simply grim here, too, because the sudden outburst of rage suggests how our media actually works and how they treat the business of prediction.

If Nate Silver's approach to handicapping the election is wrong (and of course it could be), we'll know in a week. And Silver's critics, if they only believed he was wrong, could just wait for him to be proved wrong, the way I wait out loudmouths in sports bars. But simply not predicting that Romney would win after the media storyline had changed to Romney's Irresistible Momentum was enough to provoke a wide-spread attack. To predict something that the establishment finds politically inconvenient is considered an outrage. And to base that prediction in rational analysis of data only makes it more unacceptable. When people like the pundits who attacked Silver this week talk about "facts," they don't mean facts. They mean socially-produced ideas of reality, established by influential insiders and handed down to the rest of us. Anyone who publicly contradicts that socially approved "reality" is disrupting business and inconveniencing the powerful, and that cannot be allowed. Carefully-constructed reality-based models only make the crime worse.

The global-warming hypothesis, based on careful analysis of enormous quantities of data, is not acceptable to the powers that be, because accepting that reality would force them to change the way they arrange things, the way they conduct their business and make their political decisions. Those arrangements outweigh any facts. The reality of our crumbling infrastructure is likewise inconvenient, because it would require sensible taxation and a rational approach to public finance. Paul Krugman's model for the how large the stimulus needed to be was likewise inconvenient, because it did not fit in with existing political agendas. How dare he make predictions without taking into account what K Street considered reasonable?

Our country has allowed the perspective of insiders and elites, a perspective that treats ongoing power games as the most fundamental reality, to crowd out actual reality. When science, mathematics, or simple common sense threatens to interfere with the results of those games, or render them moot, then science, math, and common sense are ruled out of order. But there's a price to be paid for running the world as if Beltway games were more real than physics, and that price is extremely high. The price is that our country fails to deal with easily foreseeable problems, and instead makes them vastly worse than they needed to be. After a while, it means our system runs a danger of failing completely. And that failure is all too predictable. 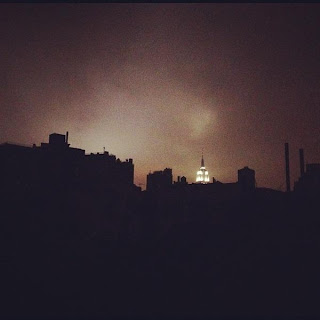 Posted by Doctor Cleveland at 3:26 AM