How to Lose a Counterinsurgency: Part III 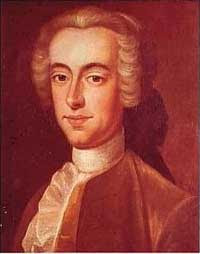 (Or, What the British Army Taught Us About Afghanistan)


This dapper gent is Thomas Hutchinson, the second-to-last Loyalist governor of the Massachusetts Bay Colony. Hutchinson also has the special distinction of being the last civilian Loyalist governor of Massachusetts. His replacement was a military commander, General Thomas Gage, sent to impose martial law. The governor of Massachusetts after Gage was named John Hancock. So the sequence is: local politician appointed to get control of the colony, followed by a military governor sent from the home country, followed by a local revolutionary. You can see how well getting tough on the colonists worked.

Hutchinson became acting governor in 1769 (he'd been lieutenant governor for 11 years before that), was officially commissioned in 1771, and got replaced in 1774. (Actually, Hutchinson's governorship was only "suspended" during martial law, so technically the man is still the royal governor of the Massachusetts Bay Colony.) That means Hutchinson was governor, acting or official, during the Boston Massacre and the Boston Tea Party.(The classic study is Bernard Bailyn's biography The Ordeal of Thomas Hutchinson. It is, among its many virtues, highly readable.) Hutchinson was George III's man on the ground while Massachusetts hurtled toward Revolution.

Here's the thing. By the time Hutchinson was appointed to run the colony, the Massachusetts "Patriots," the future revolutionaries, already hated him. Back in 1765, when he was Lieutenant Governor, he came to be viewed both as a defender of the hated Stamp Act (which taxed every contract, newspaper, almanac, will, property deed and nine of spades in the colonies) and of elitist privilege generally. So an angry mob went to Hutchinson's house and tore it down.

Four years after Hutchinson watched his fellow Bostonians rip apart his home, he was put in charge of the whole colony. What better guy to make Massachusetts accept unpopular measures than a deeply unpopular governor whom people already found unacceptable?

The British had lost the colonies (or at least Massachusetts) before the Revolution started. By the time they needed the army to impose political order, it was over, because they were fighting to restore a local governor who had already failed. If you need to call in the army because Governor Hutchinson can't control the province, your strategy can't be about returning Governor Hutchinson to power. Fighting a counterinsurgency does mean that you eventually turn the area you're fighting for over to local political control. The point of the counterinsurgency is to build support for that local government. But the strategy is only as viable as the proposed government is. If that government can't build or sustain support on its own, then there is no end, and no possibility of victory.

Similarly, our own counterinsurgency in Afghanistan and our involvement in Iraq depend upon the viability of the local governments that we back there, and those government's abilities to garner sufficient support on the ground. In Afghanistan's case, we began with a local partner, Hamid Karzai, who as far as I can tell was initially quite plausible. Hamid Karzai putting together an Afghan government was not a crazy plan. He was a known quantity, with genuine connections, and he could likely have built the support he needed. At this point, it should be clear that he has not. No mob has arrived to demolish his home, but the last election made it obvious that he is no longer remains entirely viable or entirely legitimate. We can't win in Afghanistan until Karzai (or some other leader) can build a central government with sufficient popular support. That hasn't happened, and Karzai is no longer capable of making it happen.

But what alternative? Karzai seems to some American policy-makers like the only person we could work with, so he has to win. But it doesn't work like that. A local leader doesn't become viable simply because we can't accept the alternatives. Consider Thomas Hutchinson: he may have been hated by his fellow colonists, but the British needed somebody who would follow their policies. The leaders who were popular in the colony, the ones who could garner widespread support, were popular exactly because they opposed the Stamp Act, quartering British soldiers, the East India Company's monopoly on tea, and so forth. The British couldn't work with them. And they certainly couldn't deal with someone like Massachusetts' representative in London, Benjamin Franklin, who was always talking about conciliation with the colonists. Eventually, Franklin leaked some of Hutchinson's letters (which sneered at the idea of Englishmen being entitled to rights), and was humiliatingly dressed-down and punished by the Privy Council. Franklin clearly had no character, and was clearly not a real Loyalist. They told Franklin that last part, and eventually convinced him they were right. In the meantime, there was no one else the King and Parliament could trust. So they stuck with Hutchinson and sent more troops.

It's not a plan. It never was.
Posted by Doctor Cleveland at 1:10 PM