Fighting 'the Government' by Killing Your Neighbors

Before dawn on Christmas Eve a man set fire to his car and his house and waited for the firefighters to arrive so he could murder them. He shot four, killing two. They were volunteers. One of the men he killed was also a local police lieutenant. They died for going out on a winter morning to protect their neighbors. Because the murderer kept the firefighters from doing their jobs, his fire spread to six neighboring houses, destroying thirty-three people's homes just before a blizzard rolled in.

This happened seven miles from my house. The neighborhood is a strip of beach between Lake Ontario and a local bay. It is an idyllic place where people go to sail, swim, or sit while their kids build sand castles. I like to walk on the jetty by the harbor's mouth and stand looking at the patient motion of the water. It is restful there. I don't know how any of us will find it restful now, looking at the place where our neighbors were murdered, where their homes were burned.

Gun-rights advocates insist that we have a right to semi-automatic weaponry in order to defend ourselves against the government. But this is what "resisting the government" looks like in practice: one disgruntled citizen shooting at the government agents who come to put out fires.

The Christmas Eve killer is a twisted parody of the guns-vs.-government ideology, but he did not have to twist it much. The rhetoric has come to center on the individual right to resist the government with armed force, and to talk about the government as an alien entity imposed from outside. This is passed off as a version of the original ideology of the American revolution, but it is profoundly different. The modern focus imagines a private individual, perhaps with a few friends, motivated by his own conviction of righteousness, rather than a group of volunteers representing the community at large. It expresses impatience and even disdain for the political processes that the Revolutionary militias were formed to defend. The Minutemen did not believe taxes were illegitimate confiscations of property; they believed that their elected representatives should set the tax rates.

Most of all, our modern guns-vs.-the-government narrative tends to oppose even local governments, exactly the governmental bodies that the Minutemen prized. The local sheriff and county tax assessor are just more government thugs. They are imagined as storm troopers beamed down from orbit somewhere, rather than as neighbors selected to do a job by the rest of the neighbors. But that is what they really are.

The government is your neighbors. The cop who comes to your door is coming on your neighbors' behalf. So is the fire marshal. It's more polite than having us all come over as a mob. And your taxes aren't a confiscation of your property on the behalf of the less deserving. They're a contribution to the community fund that pays for lots of things that you need and benefit from.

I grew up in a community with a volunteer fire department and a mostly volunteer police department. My mother was the local police lieutenant, one of the few full-time professionals on the force. I remember her going out on calls on Christmas Eve to deal with emergencies. I understood that police had to be on call, because the other people in my town needed them. I was used to neighbors who volunteered as fire-fighters. I understood that people needed to be there for each other, that when there was a fire there had to be people who pitched in to stop it. The American revolutionaries that gun fetishists like to cite understood the same thing. That's why they volunteered. That's why they pitched in when the town needed them.

The men who were killed and wounded on Christmas Eve were practicing the same basic, small-town virtues I saw around me growing up. They were being the "government," which means, for most people on most days, being the folks who step up to be responsible when the neighbors need it. The government is us. Pretending otherwise is suicidal. 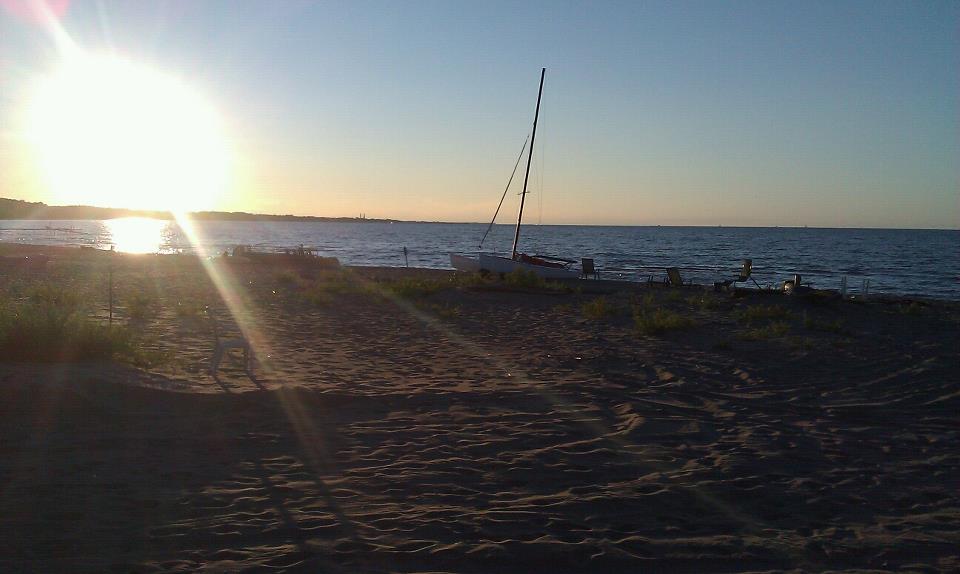 Posted by Doctor Cleveland at 2:44 AM